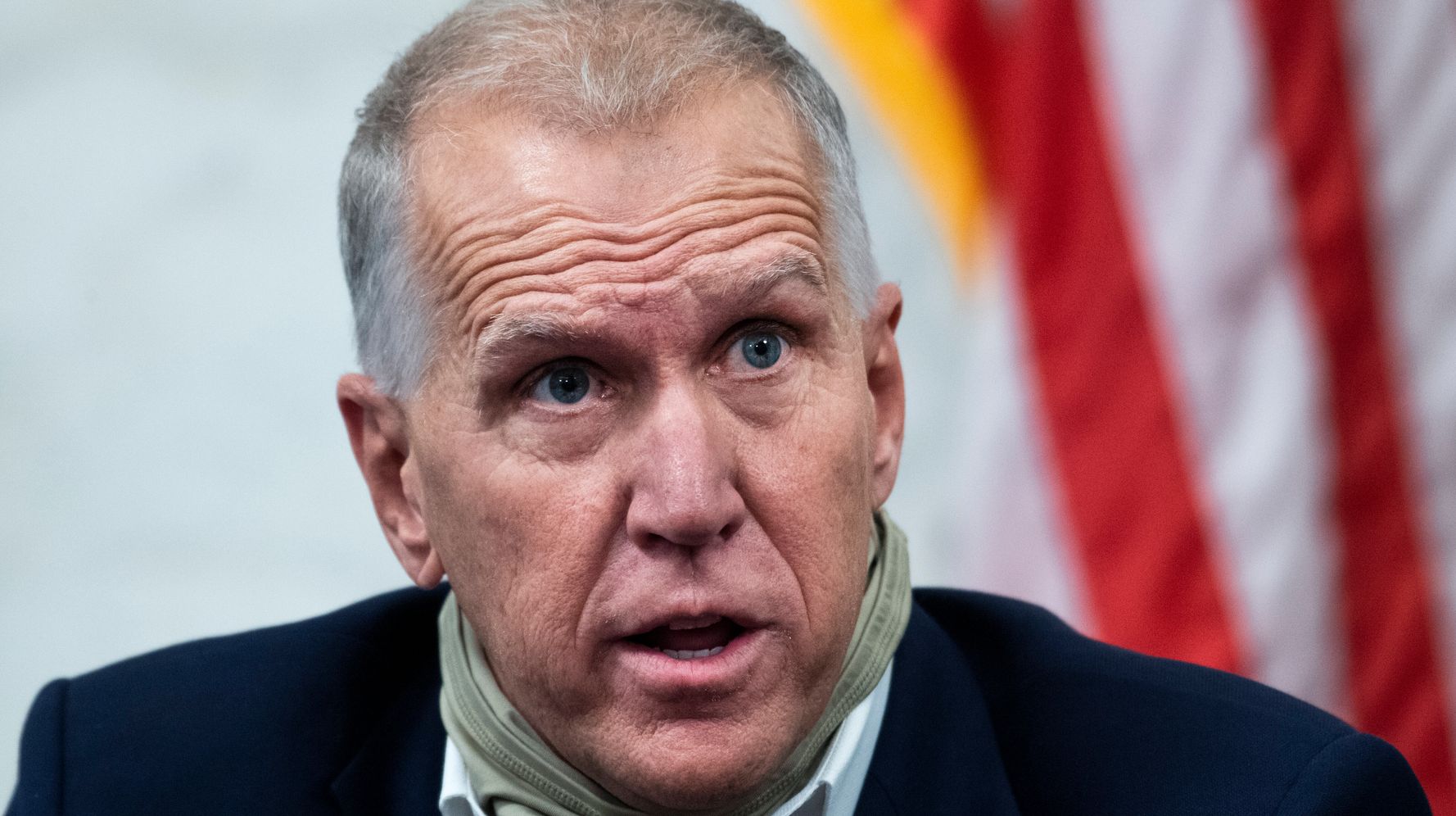 GOP Sen. Thom Tillis of North Carolina said Friday that he “fell short” of his own standards by not wearing a mask at President Donald Trump’s White House speech on the last night of the Republican National Convention.

Ditching the mask was particularly awkward for Tillis, who has repeatedly urged his constituents to wear face masks to help stem the spread of COVID-19.

Tillis was photographed without a mask in the middle of the packed crowd and had a bad case of morning-after regrets.

“I’ve stressed the importance of mask-wearing throughout this pandemic and have tried to lead by example on this issue, but last night I fell short of my own standard,” said Tillis, who’s battling for reelection this year, in a statement.

Some 1,500 spectators — almost all of them without masks — sat shoulder-to-shoulder on the White House South Lawn to hear Trump Thursday night. MSNBC “Morning Joe” co-host Joe Scarborough blasted the event as a reckless “super spreader” scenario and the “Woodstock of germs.” “It’s all very cool if you like coronavirus,” he added. (Check out the video above.)

Four people who attended the first night of the GOP convention in Charlotte, North Carolina, have already tested positive for COVID-19.

Spectators at Trump’s speech told The Washington Post that they weren’t even checked for or asked about COVID-19 symptoms — including coughing — before they were allowed to enter the grounds. Trump, who was not seen wearing a mask or following social distance guidelines, insisted early this month that it’s “patriotic” to wear a mask before he stopped wearing one on a regular basis.

Tillis posted a photo of himself wearing a face mask before Trump’s speech — but was later captured on camera in the crowd without one.

I am honored to be in Washington for President @realDonaldTrump‘s acceptance speech for the @GOP nomination, where he will share with America our continued vision of freedom, prosperity, and opportunity to live the American Dream. #RNC2020 pic.twitter.com/7wUptHJrL3

Senator Thom Tillis is seen in this CNN screengrab not wearing a mask during President Donald Trump’s speech last night. He tweeted a photo wearing a mask before the event started. #ncpol #ncsen https://t.co/eHETiwOYQy pic.twitter.com/KscEkdjxRA

Tillis is in an extremely tight race against Democratic Senate candidate and veteran Cal Cunningham.

Tillis insisted in his statement that the difference between him and Cunningham is that he “can accept responsibility for my actions” — apparently as opposed to acting responsibly.

Cunningham fired back in a tweet: “Sen. Thom Tillis criticized folks for not wearing masks until Washington Republicans were the culprits. His attendance last night shows North Carolinians that the rules don’t apply to his colleagues in Washington — and that his talk about fighting this pandemic is just that: talk.”

After Yelling 'F**k That COVID' At Concert, Smash Mouth Gets Some Nasty Mail