The Vaccine Race Has Become A High-Stakes Geopolitical Gamble

In the global race for a COVID-19 vaccine, countries are making huge gambles in the hopes of an eventual payoff down the road. With Russia announcing its approval of a coronavirus vaccine this month, national governments are working harder than ever to ensure that their citizens will be among the first to receive a dose. It’s a chaotic geopolitical scramble with extremely high stakes.

In total, more than 5 billion vaccine doses have been preordered around the world, according to slightly different strategies: 700 million doses for the United States, betting on the most candidates; 700 million doses for the European Union, depending on the strength of vaccines created by regional companies; and a rush for the most promising vaccines for countries where the pandemic is taking its greatest toll, such as Brazil.

The fierce competition to secure vaccine doses began to escalate in May, when Paul Hudson, director of the French laboratory Sanofi, said the United States would be entitled to “the largest preorders” for the company’s SARS-CoV-2 vaccine — and that the country would receive them days or even weeks ahead of the rest of the world.

Hudson’s comments caused an outcry in France, and the director quickly backtracked — but the damage was done. He had lifted the veil on the dealings, which, since the beginning of the pandemic, have consumed governments, organizations and laboratories rushing to put together the staggering number of preorders.

The United States has developed an all-out strategy, with the Trump administration spending billions of dollars to secure preorders from multiple labs: $955 million for Moderna, whose vaccine is already in phase 3 clinical trials; $456 million for Johnson & Johnson; more than $1 billion for AstraZeneca; and $2.1 billion for GlaxoSmithKline and Sanofi, for a potential order of 100 million doses from the two European labs.

JUAN MABROMATA via Getty Images A scientist works at a laboratory in Buenos Aires, where an experimental coronavirus vaccine will be produced for Latin America, on August 14.

By placing bets on multiple vaccines in development, the United States is hoping to cover all of its bases, should any of them fail to pass their clinical trials. And even when a treatment is approved, it may not be suitable for all populations, so having several options on hand increases the likelihood that the country will be able to protect vulnerable groups.

“Some may be effective in reducing transmission of the virus, others in protecting the elderly,” Rebecca Weintraub, director of the Global Health Delivery Project at Harvard Medical School, told HuffPost. “It’s clear that we’ll have more than one type of vaccine on the market.”

Big spender Washington is far from the only player in the preorder game. Japan has secured 490 million doses, notably from the U.S. company Novavax. And the United Kingdom is taking a similarly broad approach, securing 250 million doses from a range of pharmaceutical companies.

“It is important that we secure early access to a diverse range of promising vaccine candidates to increase our chances of finding one that works,” U.K. Business Secretary Alok Sharma tweeted in July.

The French government, for its part, hopes to use the public health crisis as an opportunity to transform France into a center of pharmaceutical production. Following Paul Hudson’s comments, President Emmanuel Macron announced an investment of 600 million euros (approximately $712 million) to create a new Sanofi production site in France — a way of ensuring that the French will be among the first to benefit from a coronavirus vaccine.

The European Commission is overseeing preorders on behalf of EU member states, however. Last week, the commission announced that it had reached an initial agreement with AstraZeneca to purchase 300 million doses of the company’s vaccine, with an option to purchase 100 million more. The commission has also held discussions with Johnson & Johnson and Sanofi about purchasing hundreds of millions of doses of their vaccines.

China also hopes to make its national pharmaceutical industry shine. There, vaccines being developed by three laboratories — CanSino, Sinovac and Sinopharm — are in clinical trials. 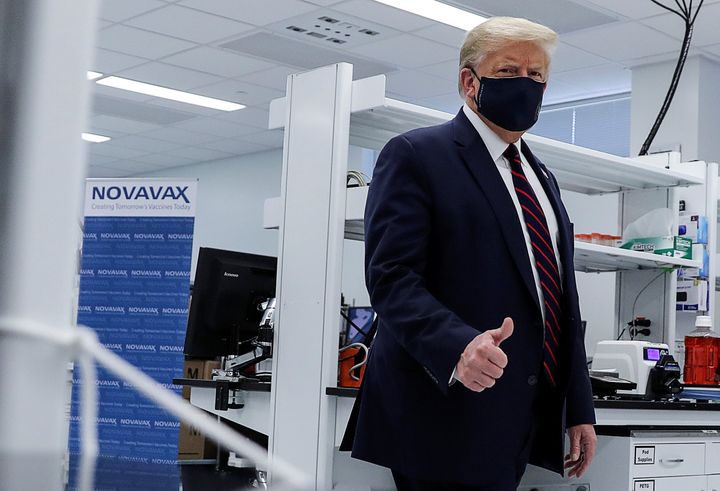 The race to secure a coronavirus vaccine has a fundamental flaw, however. By racing to secure preorders from the world’s pharmaceutical giants, major countries may be able to protect the health of their own citizens — but it’s a strategy that threatens to leave poorer countries behind.

For smaller countries, one solution is to join forces and order in bulk. On August 13, Argentina and Mexico announced that they would also produce AstraZeneca’s potential vaccine so that they could supply 250 million doses to Latin American countries. Not the whole continent, however — Brazil has decided to play its own game.

Brazil has partnered with China to test the vaccines being developed by Chinese firms. It’s also participating in phase 3 trials of two European vaccines, one from AstraZeneca and the other from Oxford University. At the same time, the country is banking on the controversial Russian vaccine, which some scientists, including White House coronavirus task force member Dr. Anthony Fauci, have expressed concerns about.

“I do hope that the Chinese and the Russians are actually testing the vaccine before they are administering the vaccine to anyone,” Fauci told the House Select Subcommittee on the Coronavirus Crisis. “Because claims of having a vaccine ready to distribute before you do testing is, I think, problematic at best.”

Nevertheless, the Brazilian state of Paraná has signed a framework agreement with the Kremlin to test and produce Sputnik V on its own soil. Saudi Arabia and the United Arab Emirates share this interest in the Russian vaccine and will take part in the latest clinical trials. The Philippines will also begin human trials of the Russian vaccine in October.

Filipino President Rodrigo Duterte had offered to be among the first to receive the experimental vaccination, but a spokesperson announced that he would receive it in May 2021, following the conclusion of the clinical trials.

In the face of the global peril that COVID-19 represents, groups such as Gavi, The Vaccine Alliance have also sprung into action. Gavi is a partnership spearheaded by the Bill & Melinda Gates Foundation, together with groups such as UNICEF and the World Health Organization. It launched an initiative in June aimed at “incentivizing vaccine manufacturers to produce sufficient quantities of eventual COVID-19 vaccines, and to ensure access for developing countries,” according to its website. The organization works with a range of nongovernmental organizations, private companies and national governments around the world.

After raising $2 billion, Gavi preordered 300 million doses of vaccine from AstraZeneca. This is a first step in making the vaccine accessible to countries that cannot afford to play the global betting game. Macron himself acknowledged that a coronavirus vaccine shouldn’t benefit only the world’s richest nations. Instead, it should be “a global public good,” he said in May. The following month, he announced that France was doubling its contribution to Gavi to 500 million euros (approximately $592 million), in order to help support global vaccination efforts.

Also in May, the European Commission held a global fundraising event in Brussels, with the aim of financing the production and distribution of a coronavirus vaccine to the world’s poorest countries. The effort raised 7.4 billion euros (approximately $8.8 billion). As large as that sum is, however, it’s overshadowed by the fact that several major countries did not attend the conference: Russia, India, Brazil, Argentina and, above all, the United States.

If the coronavirus vaccine were truly viewed as a global public good, then countries might band together in an international partnership to distribute the vaccine according to need.

“Medically, combining pre-orders into a common initiative would be much more logical,” said Weintraub, the director of the Global Health Delivery Project. “We don’t yet know the profiles of the vaccines being tested, and having the widest possible range of solutions would allow us to allocate them to the populations that are most reactive to them.”

Despite initiatives like Gavi’s, however, such a coordinated approach remains wishful thinking.

The Trump administration explained its absence from the EU summit by citing the fact that the United States has been using other channels to donate to developing countries. At the same time, however, the White House was busy railing against the World Health Organization, accusing it of being China’s puppet and claiming that Beijing was lying about the scale of the pandemic.

This cold war against Beijing, which did send a representative to the European fundraising effort, is a much more credible cause for the United States’ absence from the table. As a European official quoted by the Financial Times summed it up: “Maybe naively we had a hope that China and the U.S. could put aside their differences on trade. But it’s not getting better.”

Roundtables and other international initiatives are thus powerless against the strategy of national preordering. In a world where every country wants to be the first to rid itself of the threat of COVID-19, and where vaccine stocks are bound to be limited at least initially, multilateral solutions are not the priority.

But this is the key to eradicating the disease, Weintraub said.

“That’s how we got rid of smallpox — with a global initiative that matches the size of the pandemic,” she told HuffPost.

A HuffPost Guide To Coronavirus