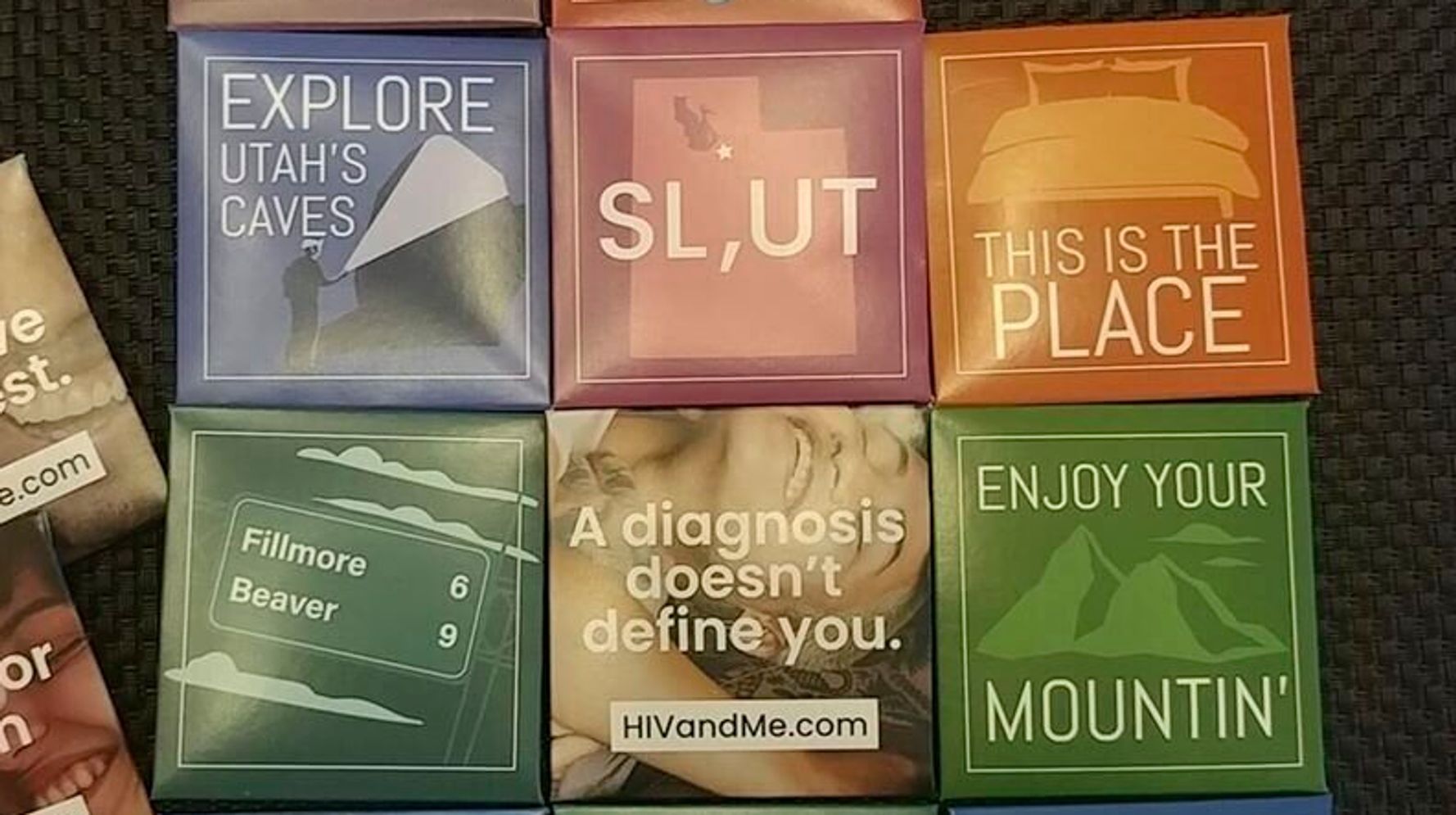 Health Department officials in Utah thought they had a cute idea for combatting HIV: Give away 130,000 condoms with sexy-sly, Utah-themed names. But the gimmick fell flat with Republican Gov. Gary Herbert.

The multicolored condom packages boasted names like “Greatest Sex on Earth (a play on the Utah slogan the “Greatest Snow on Earth”), “SL, UT” (that’s Salt Lake, Utah), “Explore Utah’s Caves,” “Enjoy Your Mountin’,” and “This is the Place,” which Mormon leader Brigham Young uttered when he entered the Salt Lake Valley.

The campaign was ordered halted hours after it began — but not before some 42,000 condoms had already been distributed, reported The Salt Lake Tribune.

“The Governor understands the importance of the Utah Department of Health conducting a campaign to educate Utahns about HIV prevention,” Herbert’s office said in a statement. “He does not, however, approve the use of sexual innuendo as part of a taxpayer-funded campaign, and our office has asked the department to rework the campaign’s branding.”

The Health Department issued a statement apologizing for the “offensive packaging,” and “asked our partners to stop distributing them immediately.”

The Utah Department of Health apologizes for the offensive packaging included on condoms distributed as part of an HIV campaign. The designs did not go through necessary approval channels and we have asked our partners to stop distributing them immediately. 1/2 pic.twitter.com/jC9l4Fs0oh

Ahmer Afroz, executive director of the Utah AIDS Foundation, which was one of the partners distributing the condoms, argued that the messages might be effective for the target market.

“I understand it’s not necessarily the best messaging for everyone, but I would argue: If it’s not the messaging for you, you may not be the person who most needs to use these prevention tools,” Afroz told the Tribune.

Before the governor’s office stepped in, Erin Fratto of the Health Department’s Prevention Treatment and Care Program, spoke up for the packaging.

“If the condoms are fun, relatable, sex positive — people are more apt to talk about them,” Fratto said, and, presumably, use.

The Health Department launched a website with information on safe sex to accompany the condom giveaway and its “H is for Human” campaign. The website was “temporarily offline” Thursday.

This is an excellent campaign that is sure to appeal to its target group. You shouldn’t be pandering to prudes.

Absolutely nothing offensive about them. What’s offensive is arbitrary ideas about morality being treated as more important than public health—literally people’s lives.